A HUGE tribute to Bob Dylan

You may notice a familiar face in the distance, if you get off the light rail at the Warehouse District stop in Minneapolis. 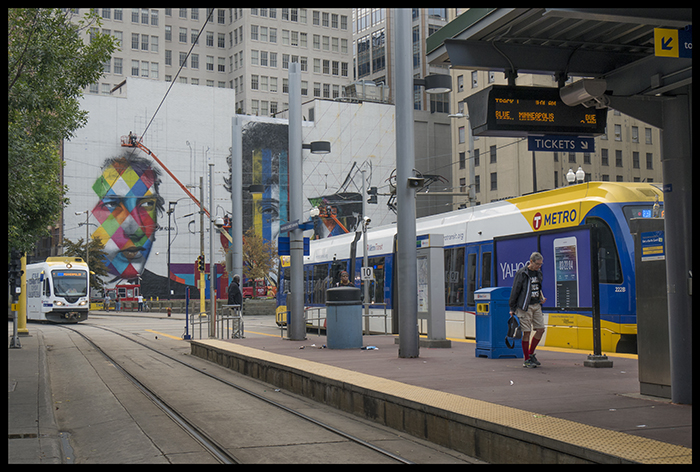 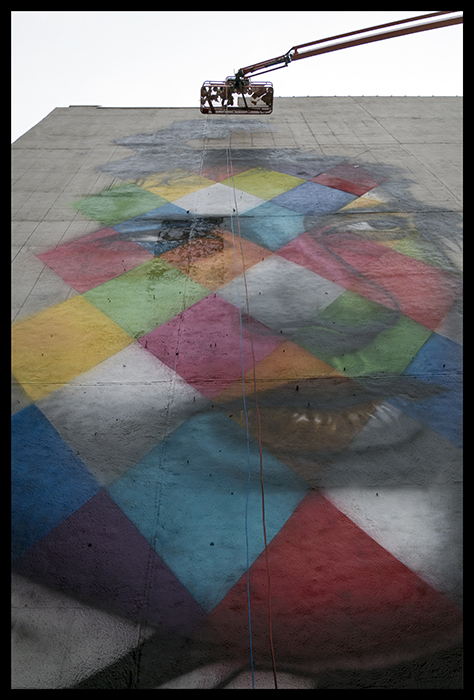 The mural — which occupies the façade of the 15 Building at 5th Street S. and Hennepin Avenue in Minneapolis — is the work of Brazilian artist Eduardo Kobra, who also has installations in Moscow, Los Angeles, and New York. 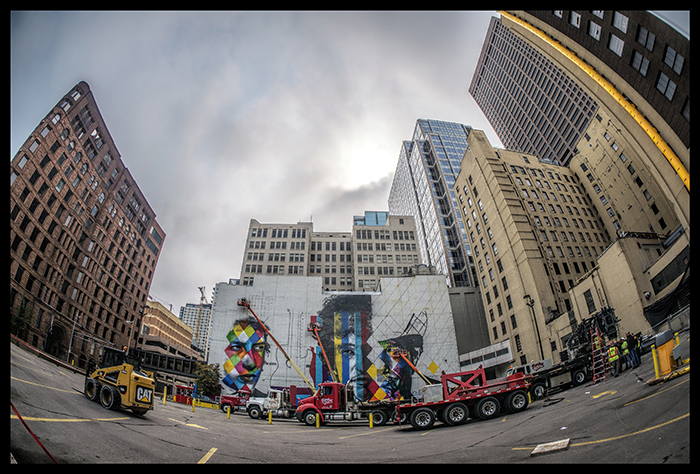 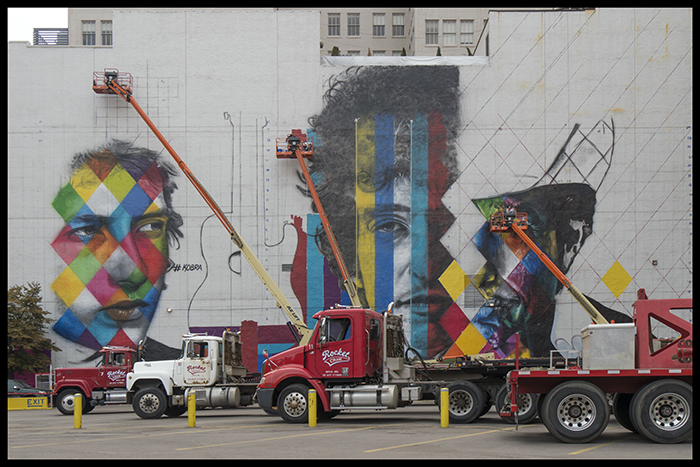 According to MinnPost, the mural is coming to life thanks to a partnership between R2 Companies (who own the building), the city of Minneapolis, and the Hennepin Theatre Trust.

“We’re spending some money on this mural,” [R2 Companies’ Matt] Garrison said, “and we’re happy to do it. Normally, real estate investors want a direct return on investment, but this is more qualitative than quantitative. We’re doing it to help create a sense of community and excitement.”

When I stopped by yesterday there was indeed a sense of excitement, as dozens of passersby stopped to gawk and snap photos. 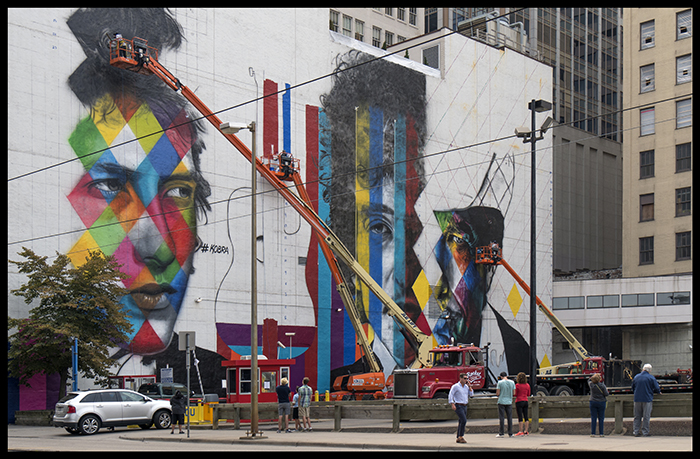 The mural is a triptych representing three phases of Bob Dylan’s career. My favorite so far is the youngest Dylan, I think, because of his wistful gaze. 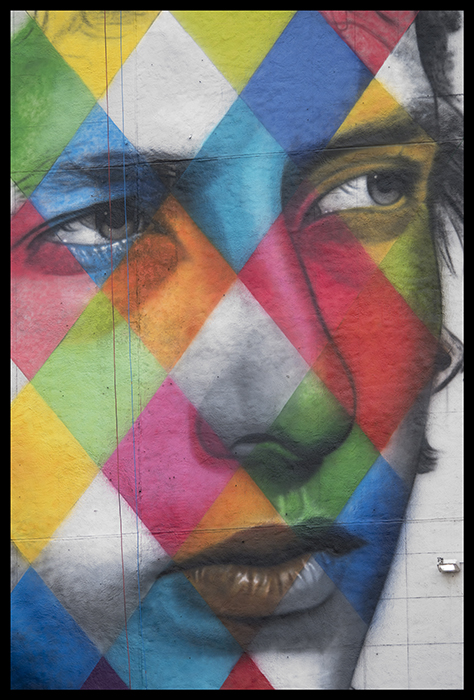 Of course, I may change my mind when the middle-aged Dylan takes shape. 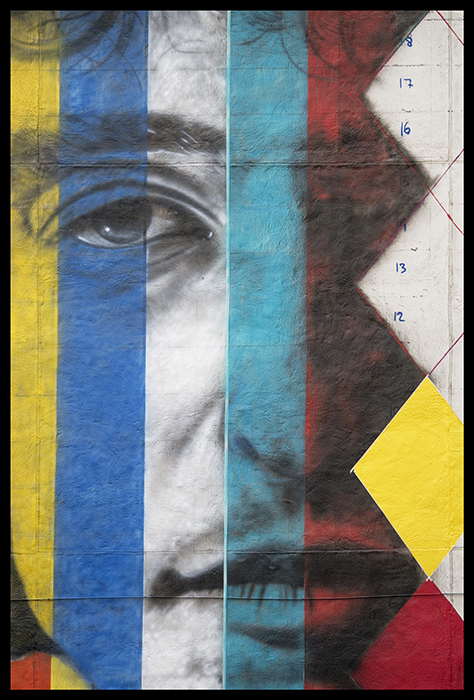 And I probably won’t have to wait long: In the half hour I spent on-site yesterday work progressed quickly, as three crews worked simultaneously. 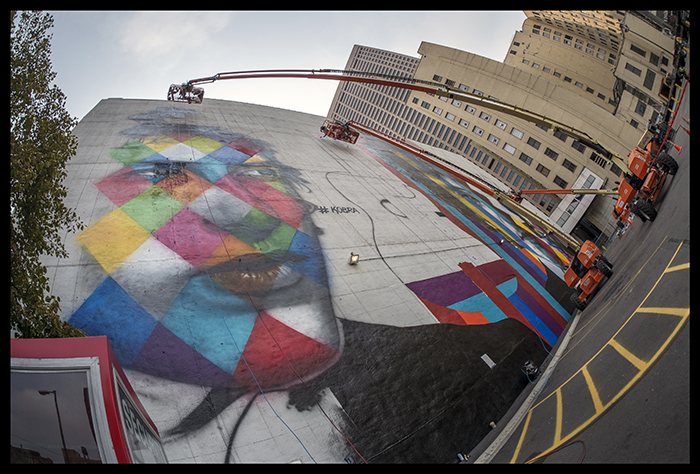 The muralists used different techniques, depending on their task. One artist used a spray gun to give Bob Dylan the pompadour of his dreams … 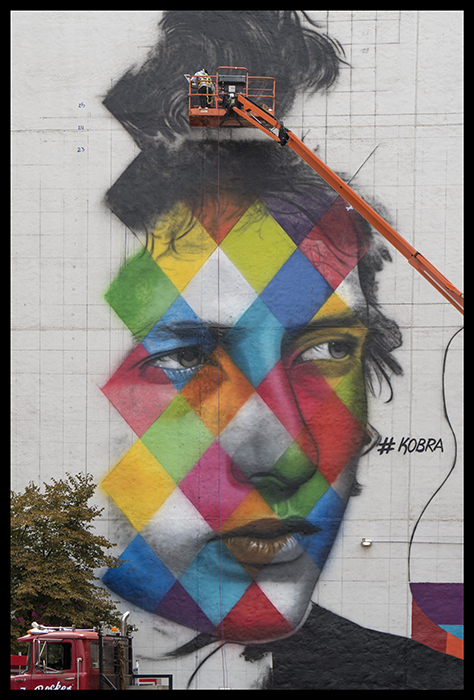 … while two other painters filled in a large area with paint rollers. 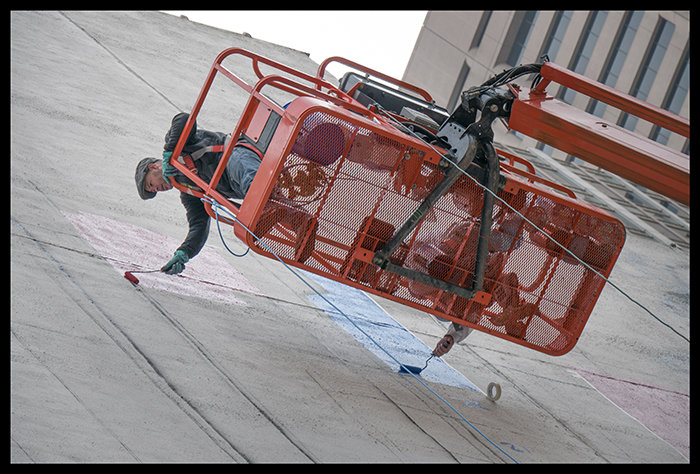 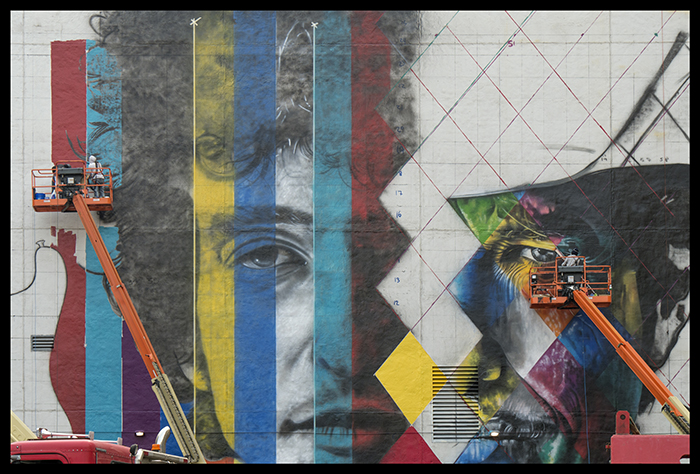 … because he kept referring to a stack of drawings and comparing it carefully to his and his colleagues’ work. “Did someone make a mistake?” I wondered. 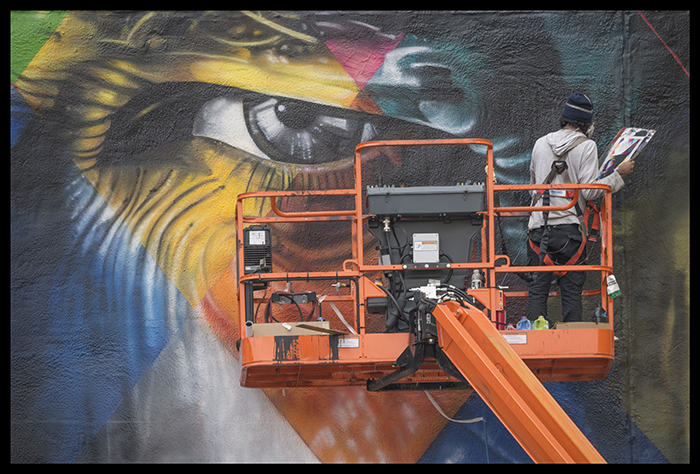 At one point he saw me taking photos and turned to greet me. But it wasn’t until I got home and looked at his face that I understood: The man with the plan was muralist Eduardo Kobra himself. 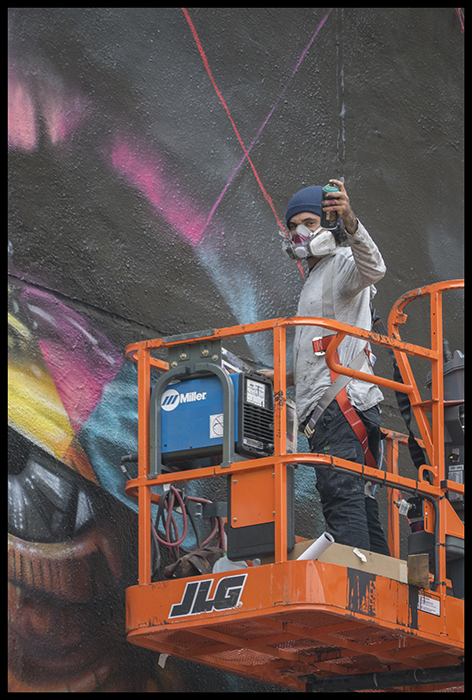 I hope that, even from a block away, he could see my approving smile.