I first heard of the Petite Ceinture a couple of years ago through MessyNessy Chic, where one photo in particular captured my imagination. Could this really exist in the heart of Paris? 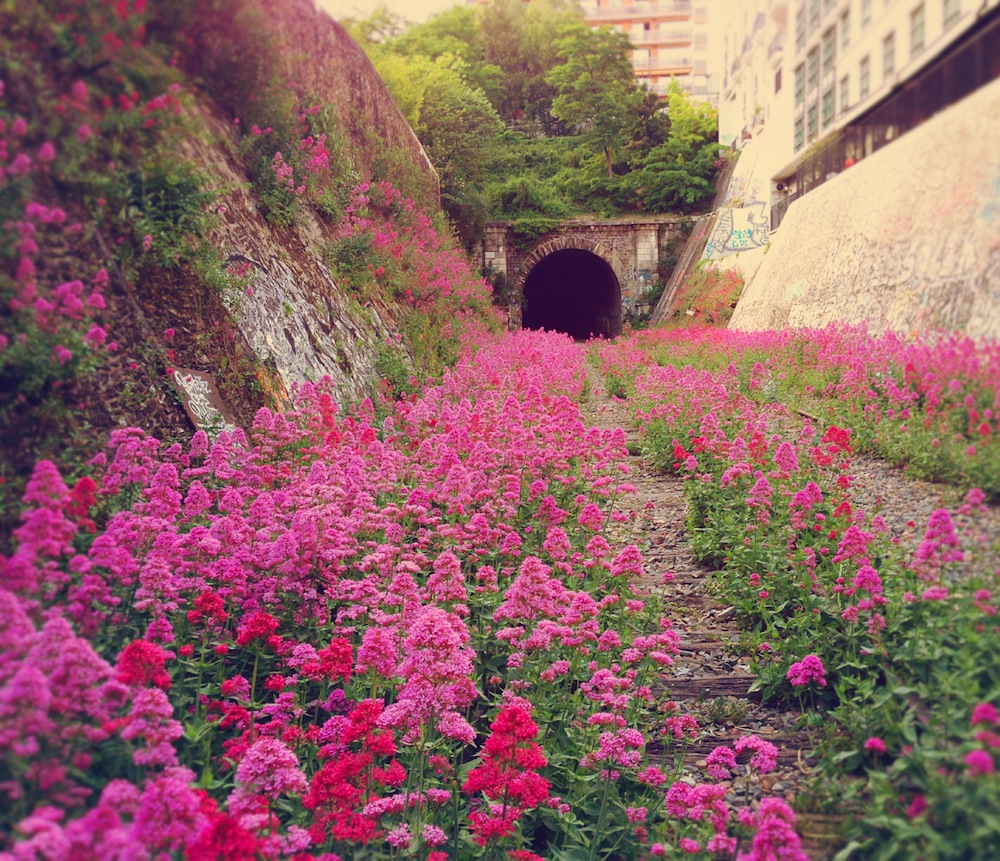 During my next trip I vowed to find out. So I downloaded a map, researched access points, and made a couple of half-hearted attempts to explore the abandoned railway. 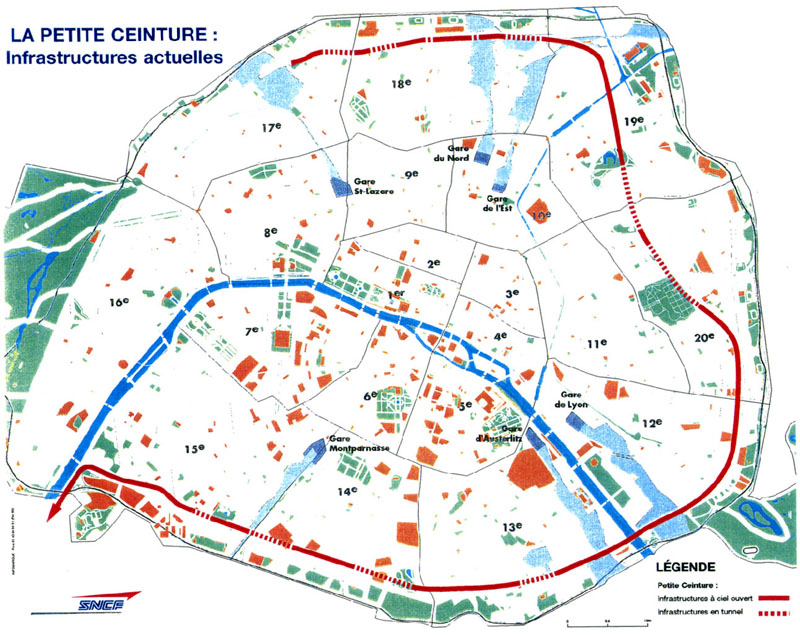 About two-thirds of the 22-mile-long Petite Ceinture still surround Paris today. But although I could see parts of the “little beltway,” its tracks remained beyond reach. 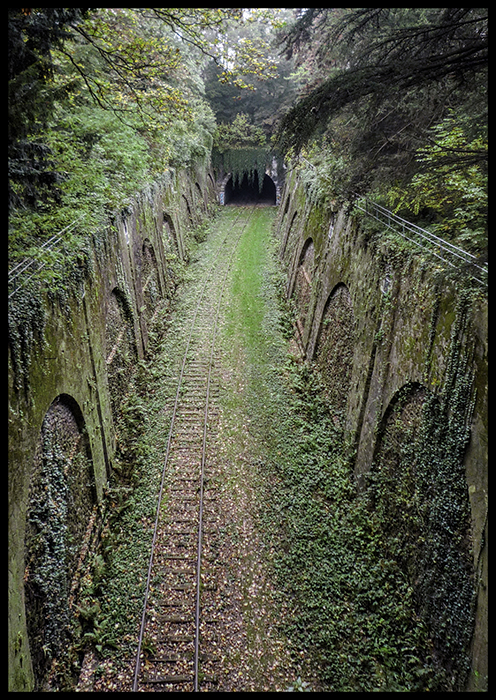 The “little beltway,” as seen from the Parc Montsouris

That was before I knew Gilles Thomas, of course. (I haven’t even *begun* to chronicle my adventures with Gilles, except for this trip into the World War I quarries in Laon.)

Gilles is an expert on Paris’ hidden treasures, so I wasn’t surprised one sunny Wednesday in September when he led me to the edge of a heavily wooded embankment in the 14th arrondissement.

It took only moments to reach the bottom of the man-made ravine. There weren’t any of MessyNessy’s wildflowers, but it was still beautifully verdant — 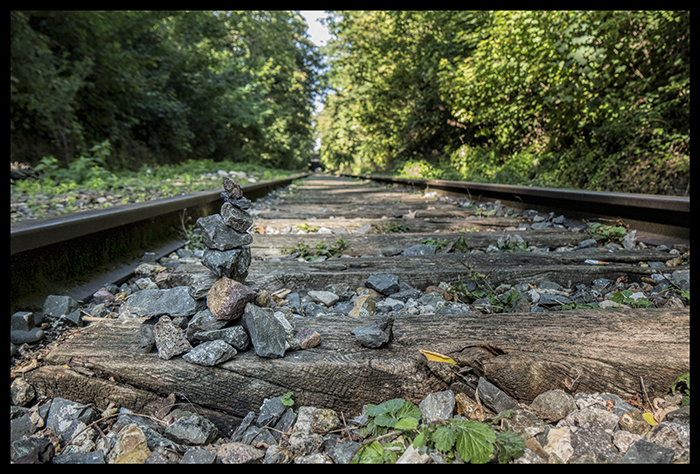 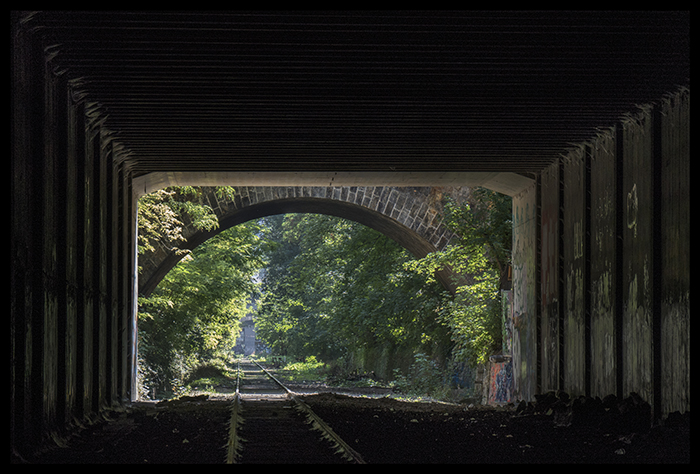 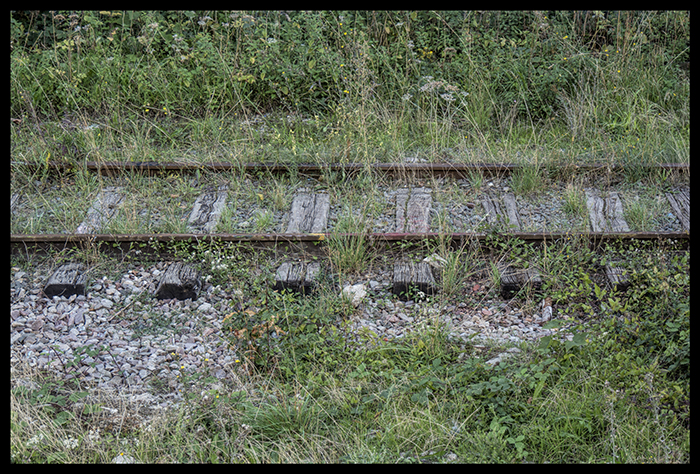 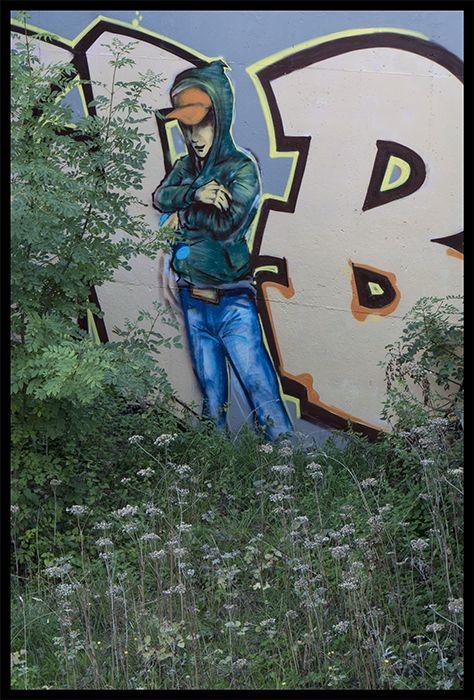 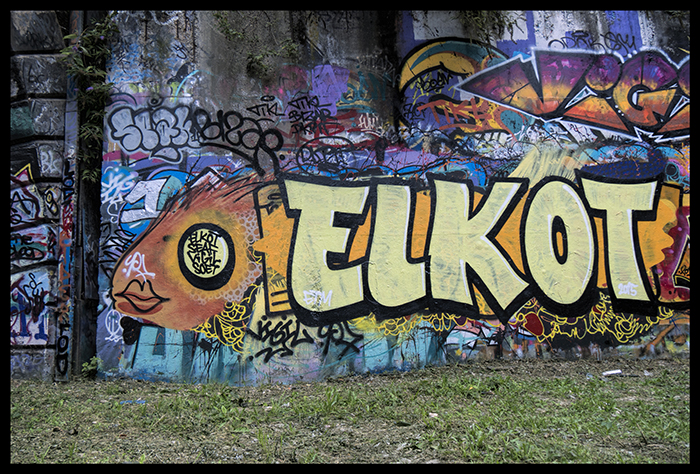 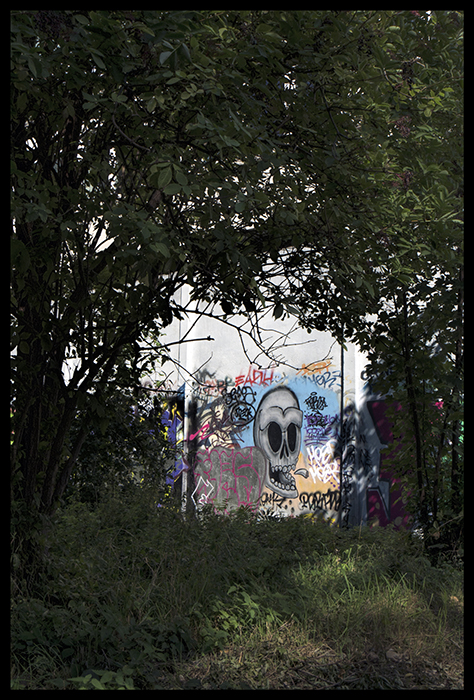 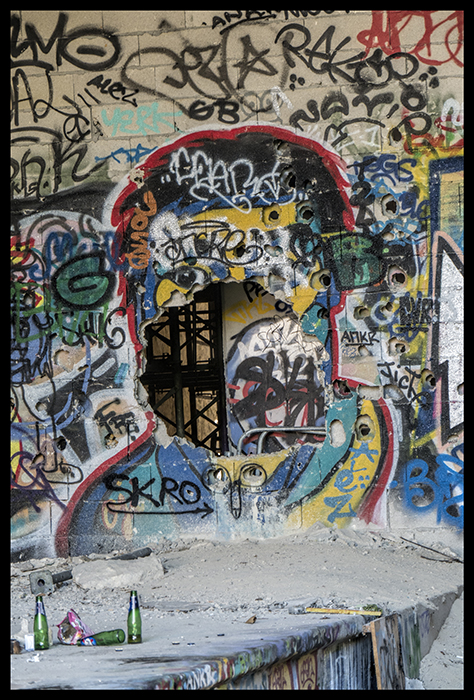 To our right, the tracks seemed to stretch toward the horizon. 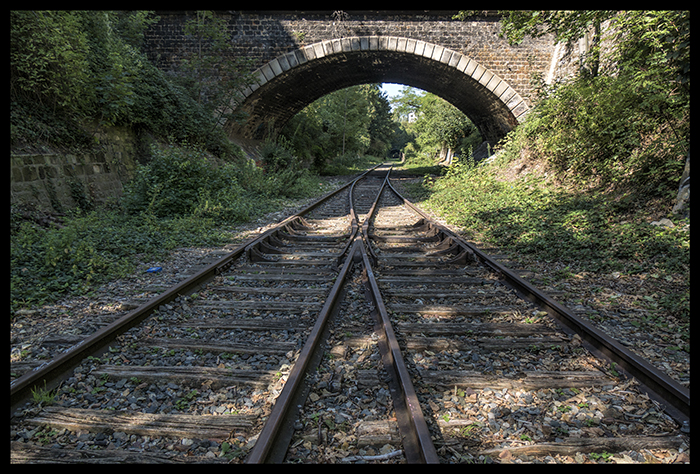 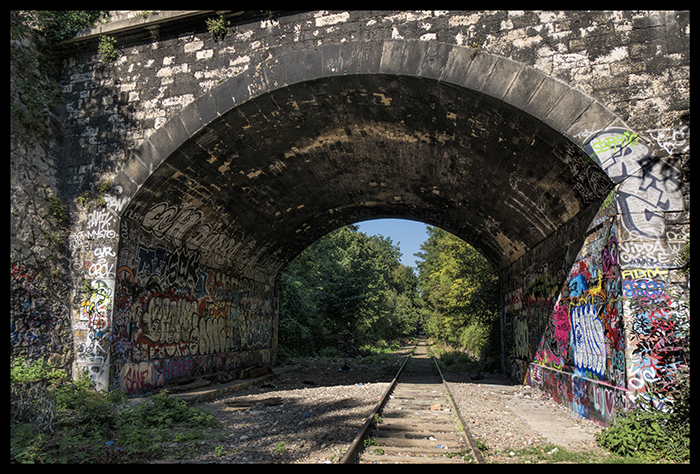 But huge metal doors blocked our view to the left. I followed Gilles through a succession of these tunnels until we reached a heavy concrete wall. 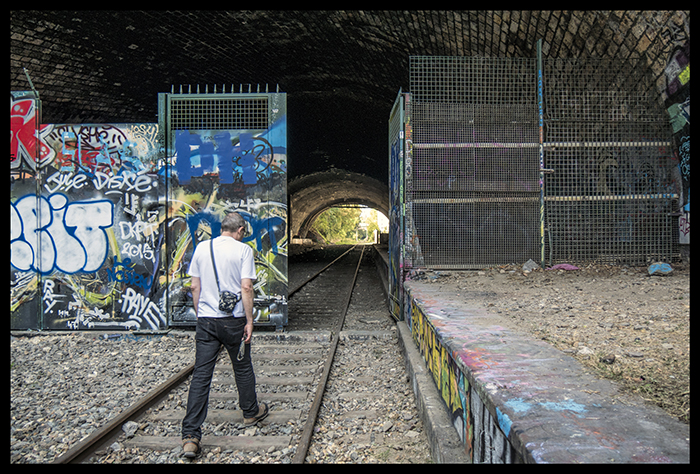 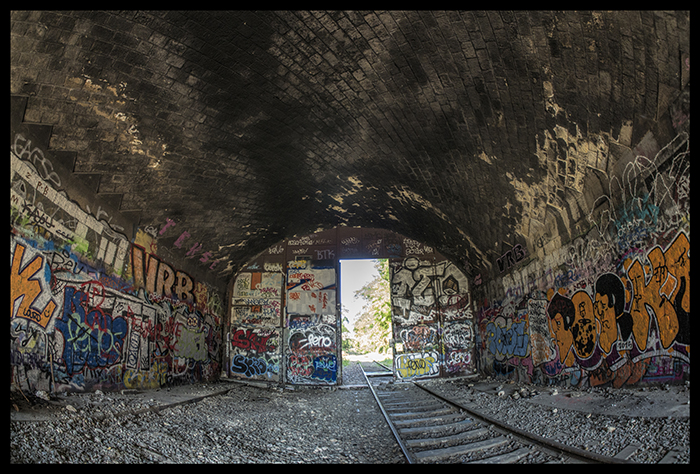 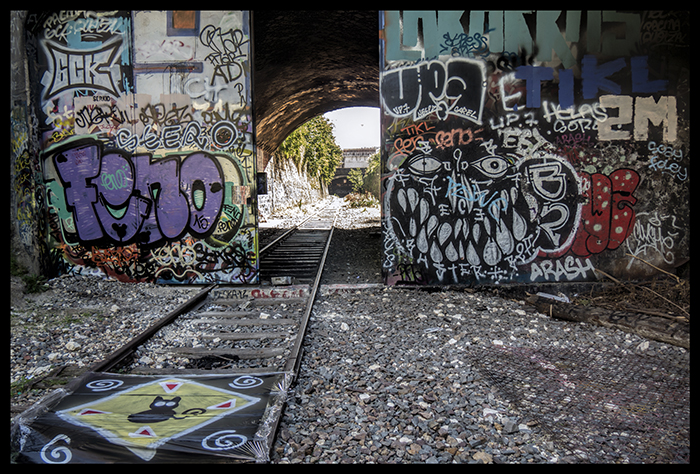 As we approached the concrete wall, Gilles described the feverish work that was taking place behind it. 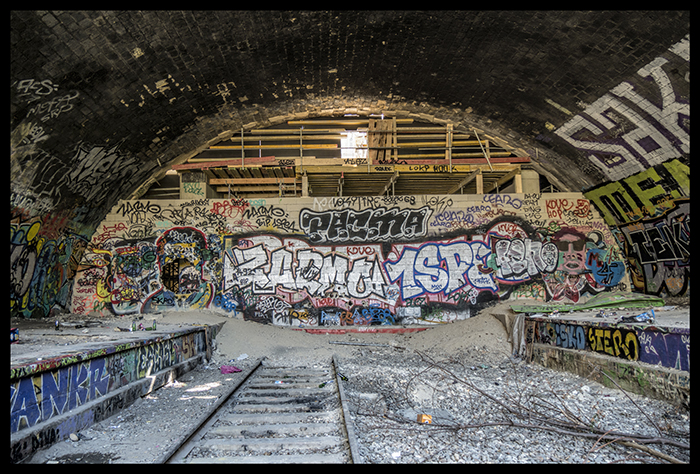 They’d decided to build a new apartment building, he explained, but it was being erected on a concrete “bridge” of sorts. That’s because any new construction near the Petite Ceinture must preserve the tracks’ right-of-way. “So it’s possible that trains will one day rumble directly below these apartments?” I asked.

“It’s possible,” said Gilles. Though not likely: Although the SNCF rail service owns the right-of-way, there’s been much debate of late over how to use the Petite Ceinture’s prime real estate.

Some neighborhoods have annexed the land for gardens, for instance, while other entrepreneurs have set up restaurants and shops.

In another section, old railway cars have become an improvised homeless shelter, just as the woods themselves offer a safer haven than the streets. (In fact, during our walk we passed what looked like someone’s living room.) 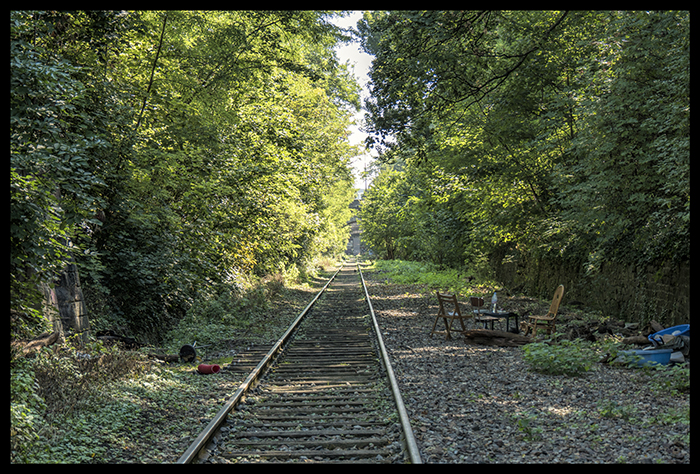 Some defenders of the Petite Ceinture argue in favor of its preservation on purely ecological grounds. I didn’t see any foxes or hedgehogs or bats during my walk with Gilles, but he pointed out the holes in the huge metal doors that allow the animals’ passage.

Paris Mayor Anne Hidalgo has a more commercial vision for the land, however. “Her ambitious plans could see the railway’s many tunnels turned into cinemas, aquariums and the like,” according to an article in The Guardian.

Perhaps it’s fitting that the Petite Ceinture’s purpose should still be evolving some 165 years after it was first envisioned.

How it all started

The Petite Ceinture was first decreed in 1851 to connect the military fortification points Prime Minister Adolph Thiers had begun building around the city in 1841.

The ring-shaped railway soon switched to more commercial purposes, however — and in 1862 the first public-transit trains began running on the Petite Ceinture (making it a forerunner of the Métro, in a sense). By the time it was completed in 1869, the little beltway had transformed the city’s industry and urban growth.

The railway’s mass-transit role continued to grow exponentially until its peak in 1900, when 85,000 to 90,000 passengers a day moved among the little beltway’s 29 stations — totaling more than 39 million trips per year.

But 1900 also marked the debut of the first Métro train, which drew riders in droves with its shiny and comparatively speedy new cars. As more Métro lines were added, traffic declined on the Petite Ceinture until it made little economic sense to keep it open. The last passenger train ran on July 22, 1934.

Nature — and taggers — have long since reclaimed this land, but you can still find vestiges of the little beltway’s heyday, such as this abandoned platform. 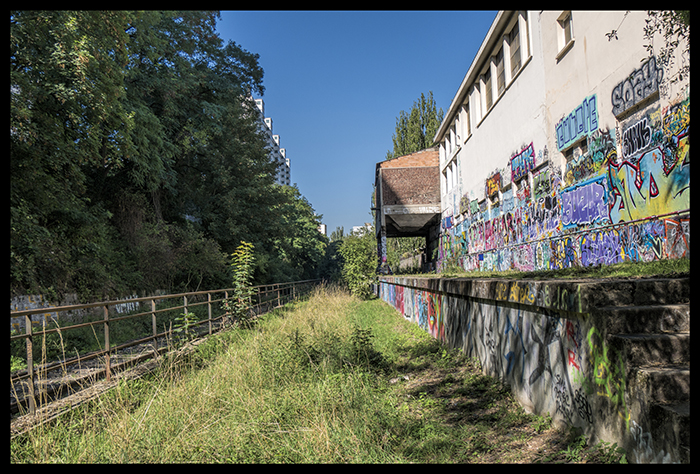 The surroundings are also littered with the remains of the railroad itself, such as this old-fashioned rail key and these hand-hammered ties. 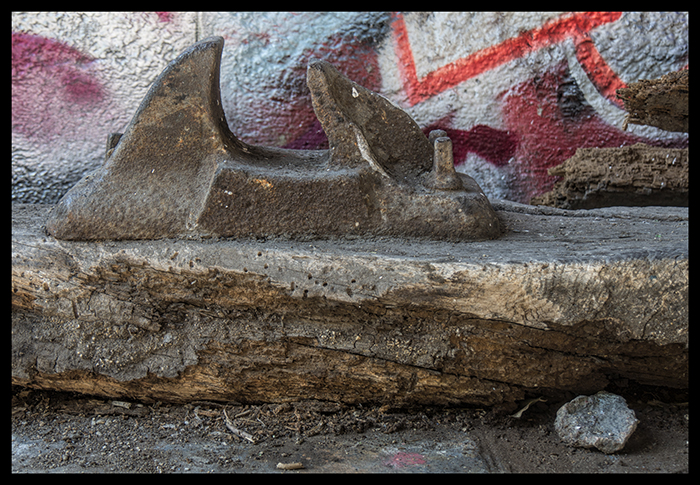 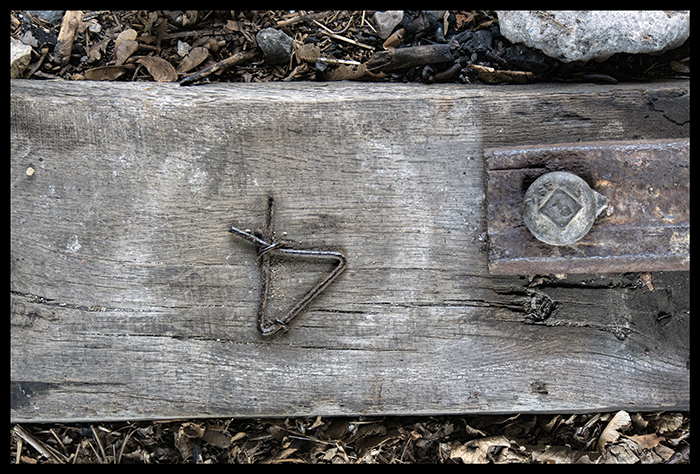 We’d walked perhaps two miles when Gilles suggested we turn around, lest we miss an appointment we had across town.

I was surprised that — rather than scrambling back up the embankment — we climbed a concrete staircase. What the photo doesn’t show is how tall the fence is at the top, or how short my legs are. Ow. 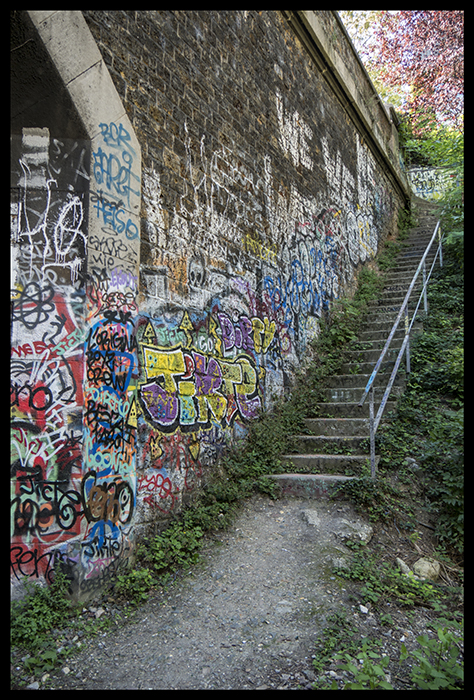 A few hours later, we rejoined the Petite Ceinture in the beautiful Parc Montsouris. I felt a tiny bit vindicated that Gilles wasn’t able to find a safe way into this section, either.

It certainly wasn’t for lack of trying … 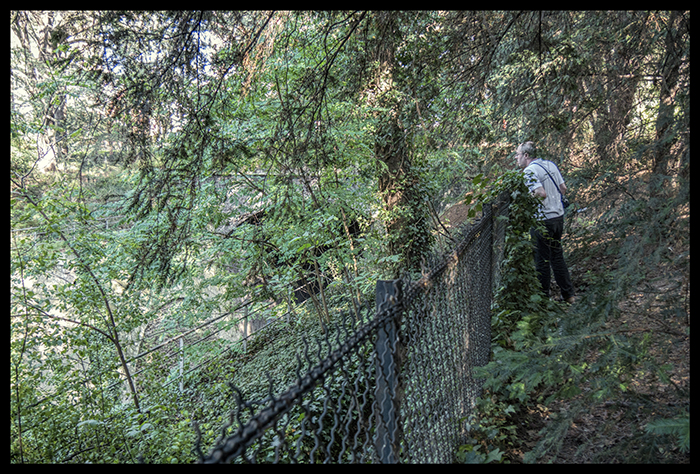 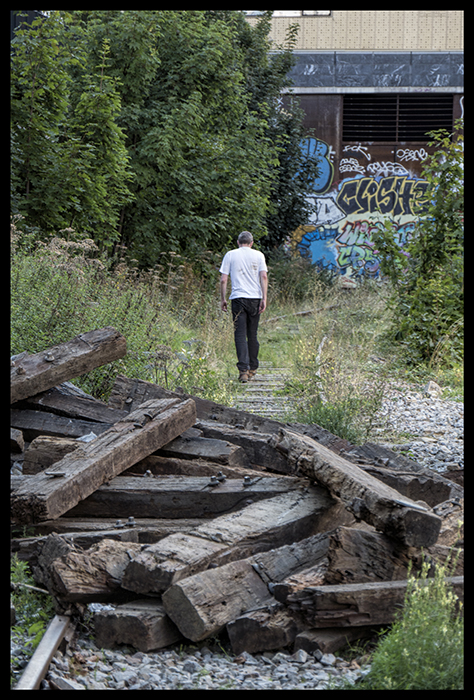 Alas, this large metal barrier was locked. End of the tour!

It was okay, though. It was still a privilege to see as much as I did, and to experience one more chapter of Paris’ rich history.

Some parts of the old railway are private property, but many others are now open to the public as parks and pathways.

According to Parisinfo.com,  you can access a nature trail and shared garden from 21, rue Rottembourg in the 12th arrondissement.

In the 15th arrondissement, 1.5 kilometres were opened to the public in 2013 — that entrance is at 99, rue Olivier de Serres.

In 2015 another section opened in the 13th arrondissement. Access is at 60, rue Damesme and runs from the Charles Trenet garden to the Moulin de la Pointe garden. See this link for more details, including opening times.

Paris Secret (in French) also mentions two more recent access points:
• In the 16th arrondissement between the gare d’Auteuil and the gare de la Muette,
• and very soon in the 20th at the corner of rue de la Mare and rue de Ménilmontant.

As always, an ENORMOUS thanks to my friend Gilles Thomas.

Text and images © Heather Munro, except where otherwise noted.