On this day 10 years ago, I was among the first to arrive on the scene of the Interstate 35W bridge collapse in Minneapolis, Minnesota.

August 1, 2007 had been an unremarkable day. It had been in the 90s for almost a week, but my friend Amy and I had decided to brave the heat and go for a walk downtown.

We were walking along Old Main Street and were about to turn onto the Stone Arch Bridge when we heard a muffled “whump.” We speculated that it was construction — a wrecking ball perhaps, felling another grain elevator to make room for condos.

But then a man ran toward us, saying a bridge had just collapsed. He looked ashen. We were only two blocks away, so we all jogged toward the dust in hopes of helping someone. Instead we found ourselves at the edge of a bluff.

It was eerily quiet as I stood over the ravine and surveyed the crumpled cars below. Slowly, survivors began to emerge. 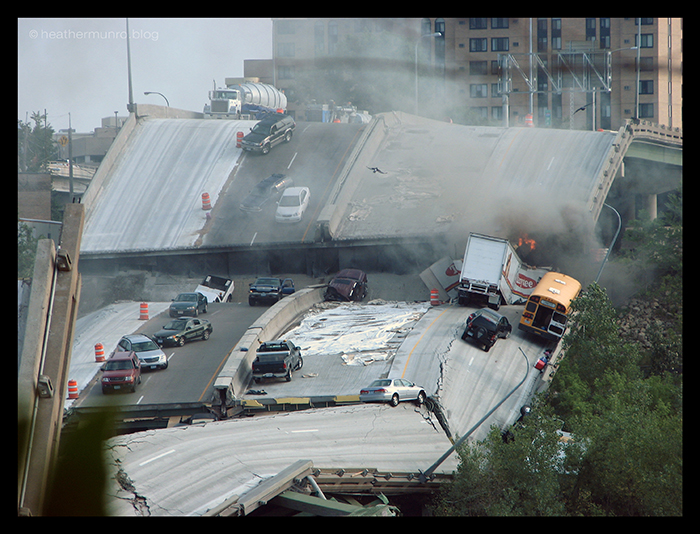 Some of the people on the bridge comforted each other while the first responders arrived.

I didn’t hear anyone scream, nor did I see many signs of panic. (Later, when I met some of the survivors, they said they were struggling to make sense of the scene.)

The bridge has long since been rebuilt, and most Minnesotans seem to have moved on. But we haven’t all forgotten.

Today, my thoughts are with the friends and families of the 13 people who died; the 200 survivors — some of whom are still working to overcome their injuries and fears; and the hundreds of emergency-response personnel who risked their lives that day to save others. 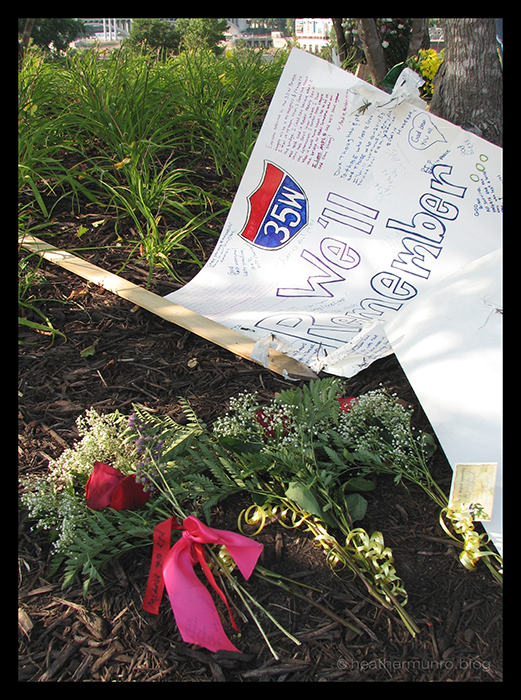