Mixed in with my email this morning was a plea for help.

I’ve been working on my website tonight, and for the life of me, I cannot formulate the words that I want to write about me.

I tried to pass on some of the writing advice I’ve received over the years: Draw on your experience. Omit needless words. It’s OK to start sentences with “but.”

But writing — writing well — is complicated stuff. In equal measure, you must master the mechanics (is it “lay” or “lie,” “that” or “which”?) and the message. Maybe that’s why there’s so much advice out there.

And maybe that’s why I became obsessed this morning with trying to find the most succinct, most helpful, most inspirational advice on becoming a better writer.

I am pleased to present Janet Fitch’s 10 Rules for Writers, as published in The Los Angeles Times.

1. Write the sentence, not just the story.
Long ago I got a rejection from the editor of the Santa Monica Review, Jim Krusoe. It said: “Good enough story, but what’s unique about your sentences?” That was the best advice I ever got. Learn to look at your sentences, play with them, make sure there’s music, lots of edges and corners to the sounds. Read your work aloud. Read poetry aloud and try to heighten in every way your sensitivity to the sound and rhythm and shape of sentences. The music of words. I like Dylan Thomas best for this–the Ballad of the Long-Legged Bait. I also like Sexton, Eliot, and Brodsky for the poets and Durrell and Les Plesko for prose. A terrific exercise is to take a paragraph of someone’s writing who has a really strong style, and using their structure, substitute your own words for theirs, and see how they achieved their effects.

2. Pick a better verb.
Most people use twenty verbs to describe everything from a run in their stocking to the explosion of an atomic bomb. You know the ones: Was, did, had, made, went, looked… One-size-fits-all looks like crap on anyone. Sew yourself a custom-made suit. Pick a better verb. Challenge all those verbs to really lift some weight for you.

3. Kill the cliché.
When you’re writing, anything you’ve ever heard or read before is a cliché. They can be combinations of words: Cold sweat. Fire-engine red, or phrases: on the same page, level playing field, or metaphors: big as a house. So quiet you could hear a pin drop. Sometimes things themselves are cliches: fuzzy dice, pink flamingo lawn ornaments, long blonde hair. Just keep asking yourself, “Honestly, have I ever seen this before?” Even if Shakespeare wrote it, or Virginia Woolf, it’s a cliché. You’re a writer and you have to invent it from scratch, all by yourself. That’s why writing is a lot of work, and demands unflinching honesty.

4. Variety is the key.
Most people write the same sentence over and over again. The same number of words–say, 8-10, or 10-12. The same sentence structure. Try to become stretchy – if you generally write eight words, throw a 20-word sentence in there, and a few three-word shorties. If you’re generally a 20-word writer, make sure you throw in some threes, fivers and sevens, just to keep the reader from going crosseyed.

6. Use the landscape.
Always tell us where we are. And don’t just tell us where something is, make it pay off. Use description of landscape to help you establish the emotional tone of the scene. Keep notes of how other authors establish mood and foreshadow events by describing the world around the character. Look at the openings of Fitzgerald stories, and Graham Greene, they’re great at this.

7. Smarten up your protagonist.
Your protagonist is your reader’s portal into the story. The more observant he or she can be, the more vivid will be the world you’re creating. They don’t have to be super-educated, they just have to be mentally active. Keep them looking, thinking, wondering, remembering.

8. Learn to write dialogue.
This involves more than I can discuss here, but do it. Read the writers of great prose dialogue–people like Robert Stone and Joan Didion. Compression, saying as little as possible, making everything carry much more than is actually said. Conflict. Dialogue as part of an ongoing world, not just voices in a dark room. Never say the obvious. Skip the meet and greet.

9. Write in scenes.
What is a scene? a) A scene starts and ends in one place at one time (the Aristotelian unities of time and place–this stuff goes waaaayyyy back). b) A scene starts in one place emotionally and ends in another place emotionally. Starts angry, ends embarrassed. Starts lovestruck, ends disgusted. c) Something happens in a scene, whereby the character cannot go back to the way things were before. Make sure to finish a scene before you go on to the next. Make something happen.

10. Torture your protagonist.
The writer is both a sadist and a masochist. We create people we love, and then we torture them. The more we love them, and the more cleverly we torture them along the lines of their greatest vulnerability and fear, the better the story. Sometimes we try to protect them from getting booboos that are too big. Don’t. This is your protagonist, not your kid. 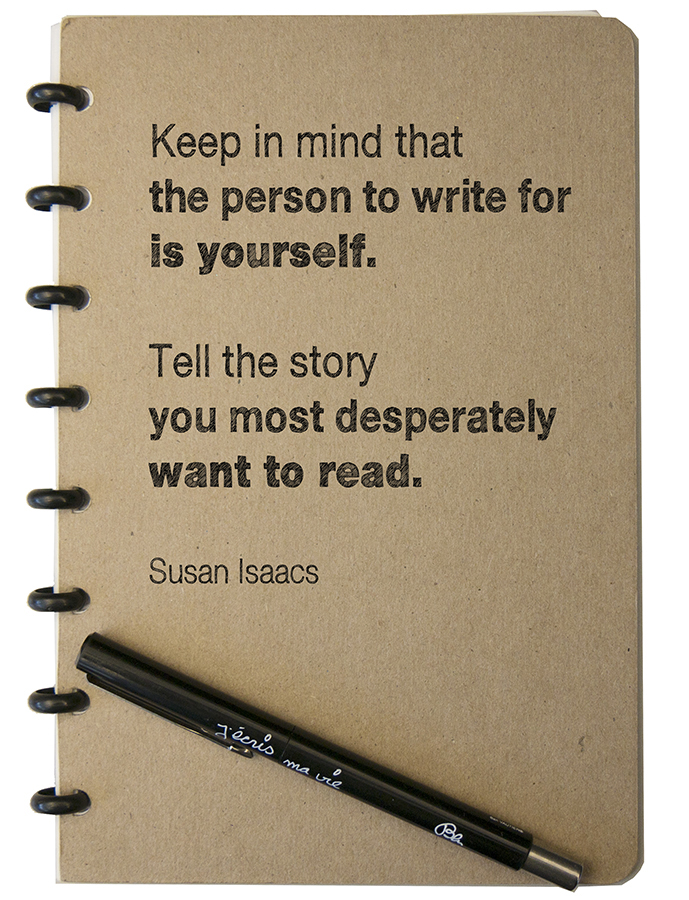 Hungry for more? Read Elmore Leonard’s 10 rules, as they appeared in The New York Times.